Breast cancer is very rare before the age of 25. It reaches a high incidence in the decade between 40 to 50 and a continuous increase into old age. The most common cancers are lung cancer in men and breast cancer in women [1].

Cancer rehabilitation is a dynamic process directed towards enabling a patient to function at the maximum level of disease in terms of their physical, mental and emotional potential. Four major problems presented during treatment include post-mastectomy lymphedema, pain, limited motion of the shoulder joint and psychological problems [2].

Tumor excision and radiotherapy may develop an obstruction in the lymphatic system of axilla that causes post-mastectomy lymphedema (PML). PML is an abnormal accumulation of proteins and interstitial rich fluid and an increase in capillary permeability. It can affect one or both arms, the head, and the neck. Swelling can worsen and become severe. Skin sores or other problems can develop [3-5].

Recently, low-level laser therapy (LLLT) appeared to be a good choice for the treatment of some cases such as a hypertrophic scar, immunity diseases and PML [7-9].

Low-level laser diode helps lymphangiogenesis, enhancement of lymphatic drainage, stimulation of macrophage cells and facilitation of the immune system so, it has been used for the management of PML [10].

Low-level laser diode enhances the phagocytic and chemotactic activity of human leukocytes in vitro and it decreases infection risk which is considered one of its advantages [11, 12].

No study has illustrated that if any resolving of the PML symptoms would improve upper limb function. In our study low-level diode laser was administered only to the axilla because of breast cancer surgeries, radiotherapy and/or chemotherapy makes the blockage of lymphatic drainage causing PML symptoms [13].

There was a novelty in our study in solving post-mastectomy serious problems such as limitation of upper limb range of motion, pain, heaviness, and psychological morbidity because of the fewness of evidence-based studies that improve those critical symptoms.

Thirty female patients who had secondary (stage II, III) lymphedema in the unilateral upper limb after modified radical mastectomy with axillary lymph node dissection with or without radiotherapy intervention were included in the study. Lymphedema was diagnosed by isotopic lymphangiography. They were recruited from the National Cancer Institute. Their ages ranged from 40 to 55 years. Before the study procedures, they were examined carefully by the physician. This research was approved by the research ethics committee of the Faculty of Physical Therapy (No:P.T.REC/012/001156). The followed procedures complied with the Helsinki declaration of 1975.

All assessment and treatment procedures were explained in detail to patients and informed consent was signed from each patient before starting.

Patients' demographic data such as age, weight, dominant arm, type of breast surgery done and the onset of PML arm volume change were written on the evaluation sheet of every patient.

The measurement procedures were started before starting treatment (first record) and at the end of the treatment after 3 months (second record).

Volumetric lymphedema measurement (VLM) was done before starting treatment (first record) and at the end of treatment (second record) by the physical therapist. The graded container was initially full but, not overflowing to a level of drain spot with water. Each patient was put in a standing position for volume measurement and asked to remove jewelry (if present). The affected upper limb was lowered into a container with an extended elbow. The affected upper limb was removed and dried, the graduated baker was used to detect displaced water volume by immersing upper limb and data were recorded. We repeated the previous steps with the sound upper limb, then comparisons between affected and sound limbs results [14].

Pain assessment was done by visual analog scale (VAS) that graded from 0 to 10 score, before starting treatment (first record) and at the end of treatment (second record) [15].

A laser unit (Bravo Terza Serie, Model D; ASA S.r.l., Vicenza, Italy) with a scanning head was used. The unit comprises infrared laser head sources emitting at a wavelength of 905 nm. The average output was 24 mW, each with pulsed emission at a frequency varying from 1 to 10,000 Hz. A dose of 2 J=cm2 was chosen because it lies within the therapeutic window of laser dose stated by the Arndt–Schultz Law. The scanner laser unit was used in our study because it can penetrate subcutaneously and into deeper tissues without elevation of tissue temperature[7, 8].

The Statistical Package for the Social Sciences (SPSS) version 23 (IBM Corp, New York, United States) was used for data analysis, and it was performed by an independent investigator. The paired t-test was calculated on the pre-test to post-test change within each group. Finally, to assess whether any difference that exists in the post-test scores, an independent t-test was calculated on the post-test change in both groups. The level of significance p < 0.05 was used.

The descriptive characteristics of both groups are shown in (Table 1). There were no statistical differences between both groups regarding age.

Comparison Between Pre-treatment and Post-treatment within The same Group 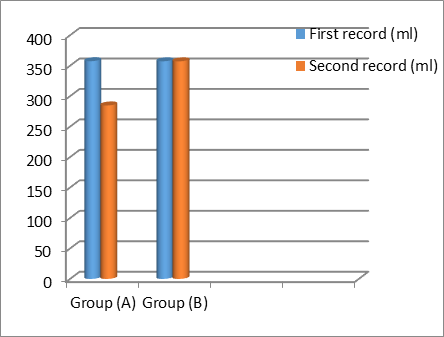 Figure 1. Comparison of lymphedema volume (ml) pre-treatment and post-treatment in both groups.

As observed in the table (3) and figure (2): There were non-significant differences in the first records of VAS, between study and control groups (P > 0.05).

As observed in the table (4) and figure (2): There was a significant decrease in the second records of VAS, between study and control groups (P < 0.0001). 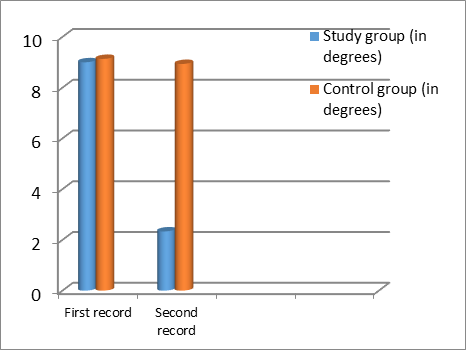 Figure 2. Mean values of VAS (in degrees) of pre-treatment and post-treatment records of both groups.

The results were agreed with Pillar and the lander, who found that with using (LLLT),  there was a reduction in the amount of lymphedema and volume of the extracellular fluid through measuring by bioimpedance. Patients had an improvement in pain, tightness, and heaviness in addition to upper limb motion. 19.7% losing of arm lymphedema in the first 16 sessions, and about 7% loss over 6 months [8].

Also, Thelander [16], who investigated the effects of (LLLT) with a wavelength of 632.8 nm, an output intensity of 9 mW, and an energy density of 2.4 J/cm2 on lymphedema with beneficial effects on lymphedema volume and shoulder mobility.

Carati et al. [13], found that after three months of treatment, there was a 90 ml reduction in upper limb volume with better life quality in the group that administrated to active LLLT.

All studies used the infrared range of light through fluencies ranging from 1.5 to 2 J/cm2. Wavelengths located in the near-infrared spectral range are the best recommended in treating more deeply structures because of their greater tissue penetration [17].

Karu [22], found that the therapeutic effects of low-level laser diode therapy are due to primary and secondary mechanisms. The primary mechanisms (formation of singlet oxygen, modifications in the redox properties of CuA in addition to CuB or heme and also heme a3 centers and improved superoxide anion production) happen during direct irradiation on the photoreceptors. Secondary mechanisms are responsible for the connection between a reaction to light through photoreceptors in mitochondria in addition to DNA and RNA synthesis actions located in the nucleus [23].

In our study, the results of low-level laser diode therapy on lymphedema were examined during and after three months. One possible reason for that is re-establishing the lymphatic vessel network function. However, further studies are needed to confirm this hypothesis.

We found out that a combination of low-level laser diode therapy plus traditional physical therapy program had a significant effect on lymphedema reduction and decreasing shoulder pain. This combination is a novel and cheap treatment to resolve one of the most serious post modified radical mastectomy problems.

The authors certify that they have NO affiliations with or involvement in any organization or entity with any financial interest (such as honoraria; educational grants; participation in speakers’ bureaus; membership, employment, consultancies, stock ownership, or other equity interest; and expert testimony or patent-licensing arrangements), or non-financial interest (such as personal or professional relationships, affiliations, knowledge or beliefs) in the subject matter or materials discussed in this manuscript.