A new method of diagnosis and treatment of Arthritis (Joints Influenza) ‎

Arthritis is considered a common non-contagious disease, but it is widespread. There are different types of arthritis, most notably rheumatism and rheumatoid arthritis. The least influential and the most difficult type in diagnosis is joint influenza. In this study, arthritis (joint influenza) is investigated as a separate case and compared with other joint infections. After careful diagnosis and identification of its causes and symptoms, this type of arthritis was found to have symptoms of both rheumatism and rheumatoid arthritis. As the sample, 85 cases were studied and the results indicated 100% joints influenza. The response rapidity of the cases varied from six hours to eighteen hours. A therapeutic method was considered as the method of diagnosis with a special diet‎.

The technological development and industrial progress we are witnessing are accompanied with the spread of diseases and the emergence of new pathological types. It is either difficult to treat the disease or control the appeared symptoms of previous diseases that have been controlled.

Rheumatoid arthritis which is an autoimmune disorder occurs when the immune system accidentally attacks body tissues. It is clinically diagnosed and as it is known, there is no cure for rheumatoid arthritis yet. However, it is possible to live a long and active life with this disease if appropriate treatment of rheumatoid arthritis is adopted. It can be done through early and accurate diagnosis in addition to taking the appropriate doses of the improved medications for rheumatism under close observation. It infects about 25 men and 54 of women among the 100,000 population [1-4]. There is another type - Juvenile idiopathic arthritis (JIA) - that affects children before puberty. This type of disease is one of the rare diseases that infects 1-2 children among 1000 children. The cause of this disease (JIA) is still unknown and may be related to genetic factors. This type is treated through a combination of pharmacological interventions, physiotherapy, and psychotherapy [5].

Some joint diseases are caused by an autoimmune disorder such as rheumatism in which the immune system attacks the joints of the human being by mistake, causing overtime destruction of cartilage and joint deformation [6].

In this research, one of the arthritis diseases will be dealt because of its spread significantly between the young and old.

I will work to give a dose of Amoxicillin to patients of different ages (25-65), with a diet course.

It is an arthritis disease and often infects the knee. This type is an intermediate condition between rheumatoid arthritis and rheumatism that it has symptoms of each but its damage is less and lighter. This type is characterized by the difficulty of diagnosing and having symptoms similar to the symptoms of both rheumatic and rheumatism which confuses many doctors to diagnose it and give the proper treatment. It is also non-chronic and unstable resulting from attacking the immune system of the joint. The knee joint is one of the most vulnerable joints due to movement and excess weight. The duration of injury is between a week to a month depending on the patient's state and daily activity. It can return to knee infect after a day or more. Ignoring this type of disease and not diagnosing and treating it can develop into rheumatoid arthritis or rheumatism. The immune system deals with the joint as it does with the respiratory system at the cold strikes. Therefore, it has less effect than rheumatoid and rheumatism so I will name this arthritis type "joint influenza" or "joint flu".

Its symptoms are largely similar to those of rheumatism and rheumatoid arthritis. It often attacks the knee-joint and elbow. The patients may experience difficulty in bending the knee, carrying weight 2+ kg with moving elbow joint or standing and sitting. Acute pain is felt similar to the pain of the teeth when drinking cold water, but it is instantaneous and non-continuous occurred only when moving the joint infected.

How to infect the joint?

Side effects of the disease:

We determined the type of inflammation and its causes and how to diagnose and treat after an experimental scientific study of 6 months for 85 cases. The patients have suffered arthritis from 6 months to 30 years not recovering completely. Their ages ranged from (25-65) years including 50 women and 35 men. 6 of them did not see the specialist doctor and the remainders (45 has been diagnosed as rheumatoid arthritis and 34 has been diagnosed with rheumatism by doctors) due to the suspicion of physicians between rheumatoid arthritis and rheumatism.

To reduce the circle of suspicion and avoid tests (x-ray or clinical), the patients were given a dose of 1500 mg of Amoxicillin divided into three doses each dose 500 mg every 6 hours with complete rest. In case of an improvement, it is arthritis (joints influenza) or else it is either rheumatism or rheumatoid arthritis.

What happens after the patient's response to the medication?

After the patient's response to the medication, the patient must follow the following diet:

How to find the type of inflammation and choose the right dose?

Asking the patient about the finer details of his life and the disease is often the key to the answer.

One of the most important reasons that calls for understanding the condition and requires the study of the body of the mentally and chemically infected person is whether the pain was removed. When? How was your activity? What did you do that day? The answer to one of the referrals was like a vision of the type of disease.

The patient’s answer was "Yes, the feeling of pain is gone. A year ago, I felt pain in my right knee and did not go to work because I had a cold. So, I decided to stay at home and did not do any other activities. Then I took medicine for the cold. In the early morning, I did not feel pain in the knee. Three months later, the same pain returned and it was diagnosed as rheumatism ".

Through this answer, the first step was to study the behavior of the infected patient with the joints influenza and compare it with his behavior when he infected with the flu or cold through which a resemblance was found. Then, laboratory analysis of the behavior of the immune system was done when infected with cold and joints influenza, and compared. The result was almost identical. Therefore, the results called for a study of how to attack the immune system of the joint by mistake in terms of thermodynamics. Through the results obtained, an appropriate medication has been identified as a treatment and diagnosis of the type of disease as well as an appropriate diet. The dosage was determined by the response of the cases to the drug within 18 hours. 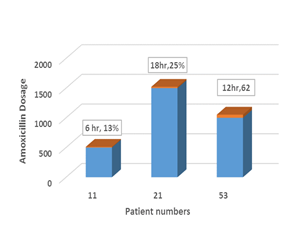 Figure 1. Diagram of responceble ratio of patient during 18hr

The mentioned method is a diagnostic and therapeutic method at the same time, but the diet should be followed to avoid the return of the disease.