Medicinal plants have been applied for centuries as a cure for different human diseases.[1] Temulawak (Curcuma xanthorrhiza Roxb), that is originated from Indonesia, is considered as a traditional medicine that has a potency to cultivate due to its medicinal functions.[2] Temulawak rhizome is well-known due to its pharmacological characteristics, including antioxidant, anti-cholesterol, anti-inflammation, anti-bacterial, appetite improvement, anemia inhibitor, and anti-cancer properties.[3] One of the well-known bioactive substances in temulawak rhizome, which has beneficial features as a medicine, is curcuminoid, which is resulted from the secondary metabolism of temulawak.[4] A component of curcuminoid, which features a yellow curcumin compound, has a specific flavor with a slightly bitter taste but non-toxic. By chromatogram HPLC, the main compounds of curcuminoid such as curcumin (61-67%), desmethoxycurcumin (22-26%), bisdemethoxycurcumin (1-3%), and curcuminoid derivatives (10-11%) are identified in temulawak.[4, 5]

Curcumin level in temulawak is associated with environmental factor, superior seedling properties, harvest-age, altitude, cultivation method, nutrient soil availability, plant protection, and postharvest management.[12-14] According to in vitro study by Andini et al. (2015), the improvement of curcumin in temulawak can be achieved by the increasing of Mo concentration.[2] Mo element is linked to nitrate reductase activity in the amino acid formation, which is a precursor of curcumin biosynthesis.[15, 16] Furthermore, according to Purwakusumah (2016), the maturity stage of temulawak rhizome is related to the rich content of curcuminoid concomitant with high antioxidant properties.[17] High quality of rhizome is found in nine-month-old temulawak rhizome. This study was conducted to compare the curcumin level and antioxidant activity of temulawak in temulawak producing areas, Bener Purworejo, and Tembalang Semarang areas.

Nine-month-old temulawak rhizomes were purchased from Bener Purworejo and Tembalang Semarang areas. Dried temulawak rhizomes (2 kg) were mashed to yield 500 g of turmeric powder. Tumeric powder was macerated with ethanol for 2 x 2 hours and was filtered for 1 x 24 hours. The extract was then concentrated by a rotary evaporator. The extracts were purified using n-hexane by liquid-liquid extraction method with a comparison of ethanol extract: n-hexane 1:3. The liquid-liquid extraction was conducted twice for 30 minutes in each extraction. N-hexane solvent was used to dissolve non-polar compounds and fatty components of the extract. This extraction resulted in two layers; the top layer contained n-hexane phase and base layer contained ethanol phase. The separated phase between ethanol and n-hexane was due to the higher density of ethanol (ρ: 0.7893 g/ml) than n-hexane (ρ: 0,6606 g/ml). The solvent in the ethanol phase was then evaporated using rotary evaporation, which resulted in concentrated ethanol extracts. The extracts were used to quantify curcumin and antioxidant level.

100 ppm of standard curcumin was added to a 100 ml volumetric flask containing 100 ml ethanol. The solution was then diluted to 0, 2, 4, 6, 8, and 10 ppm. Curcumin standard absorbance was monitored at 425 nm. 100 mg of the sample was extracted with 5 ml of ethanol in triple repetitions. The obtained filtrated was then evaporated using nitrogen gas over the water bath, which yielded a concentrated solution. The concentrated solution was mixed with 10 ml of ethanol in a volumetric flask. Curcumin standard absorbance was monitored at 425 nm. Curcumin level was quantified by the formula:

The determination of antioxidant activity was done using DPPH (2,2-diphenyl-1-picrylhydrazyl) and spectrophotometry method; the absorbance was measured in a wavelength of 517 nm. To determine the antioxidant activity, the extract was dissolved in 200 μl of methanol. Then, 200 μl of 0.1 M buffer acetate (pH 5.5) and 100 μl of  0.0005 M DPPH solution were added to the solution. After 30 minutes of incubation at 37 ℃, IC50 was calculated through 50% absorbance of DPPH solution.

Temulawak used in this study was purchased from Tembalang Semarang and Bener Purworejo areas, Central Java. The main components of temulawak rhizome fraction are curcuminoid, essential oil, and starch.[3, 18] Moreover, the main compounds of curcuminoid found in temulawak are curcumin and desmethoxycurcumin.[10, 19] The percentage of curcumin in temulawak extract (Figure 1) from Bener Purworejo (34.06±0,10%) was slightly higher than curcumin in temulawak extract from Tembalang Semarang (34.02±0,10%.). 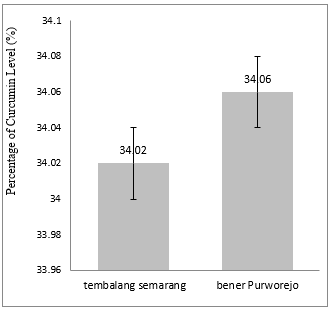 Figure 1. Curcumin Level of Temulawak Extract in a different place

The curcumin level in this study was higher than the result of the previous study carried out by Rosidi (2016), which reported that the percentage of curcumin in temulawak was 27.19%.[20] According to Wardiyati et al. (2012; quoted by Murdiono et al., 2016), numerous factors can influence the level of curcumin found in temulawak rhizomes, such as genetic and environmental factors.[21] The environmental factors including climate, sunlight, temperature, atmosphere features (CO2, O2, and humidity), physical and chemical characteristics, and water availability can affect curcumin level.[22] Furthermore, the most influencing environmental factors toward curcumin level, according to Murdiono et al., (2016) are rainfall intensity and nutrient soil availability. Temulawak plants grow and reproduce well in the annual rainfall region between 1000 and 4000 mm. The previous study by Murdiono (2016) demonstrated that temulawak rhizome production linearly correlates with the rainfall intensity.[21] Moreover, a study carried out by Andini et al., (2015) showed that the improvement of Mo in soil could decrease the growth of leaves by 39.52%, yet it increased curcumin level by 79.36%. In another study, the temperature was not an influencing factor toward both curcumin level and rhizome weight.[2] Instead of N and Mg in soil, which have negative correlation toward curcumin level found in temulawak, rhizome weight depends on P and K of soil.[23]

Extraction is the first step in the study of medicinal herbs. Crude extract preparation is the starting point to isolate and purify the chemical composition of the plant.[24] Liquid-liquid extraction method with hexane solvent (with a ratio of raw material: solvent of 1:3) was used to extract temulawak; each extraction took 30 minutes. The principle of liquid-liquid extraction is based on solvent distribution with a specific ratio of separated solvent (Khopkar 1990). In the extraction method, the different solvent systems become determinant factor depending on the main compound of temulawak rhizome, which is rich in antioxidants. The solvent used should attract the active component and should not be mixed with either solid or liquid compound. By intensive contact, the active component of the compound can migrate to solvent.[10, 25] Differentiation of curcumin level is affected not only by extraction method but also by ripening stage of temulawak when it was harvested. A study by Rosiyani (2010; quoted by Rosidi, 2016) demonstrated that the highest curcumin level is in nine-month-old temulawak rhizome.[20]

Antioxidant activity in this study was assessed by 1,1-diphenyl-2picrylhydrazil (DPPH), which is well-known as a simple, fast, and sensitive method. Antioxidant activity assessment by DPPH method shows the ability of antioxidant in general, not including the specific radicals inhibited.[26, 27] 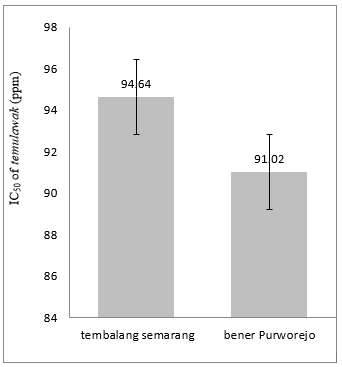 Figure  2. IC50 of temulawak Extract from a different place

Antioxidant activity assessed by the DPPH method is affected by the active compounds of temulawak extract. The active compounds of temulawak played some roles as oxidants and radicals. The reactive groups of DPPH contain nitrogen groups and are paired to hydrogen atom thereby generating stable radical DPPH. The ability of an antioxidant to absorb radical DPPH can be seen by the change of color. The mechanism of color intensity reduction is through single electron transfer leading to the change of color from purple to yellow. The electron donor affects the color degradation from purple to brownish-yellow indicating high antioxidant concentration in the extract. Antioxidant activity assessed by the DPPH method is based on radical DPPH absorption by the antioxidant compound. DPPH is a stable free radical either in aqueous solution or in methanol solution, and it has strong absorbency at a wavelength of 517 nm.

Temulawak extract originated from Bener Purworejo and Tembalang Semarang have a similar curcumin level and antioxidant activity. Further research should be carried out in a wider area of Central Java so that the generalizability of findings can be disseminated through the area on the benefit of this abundant local plant.

The authors would like to express thanks to the management of the district head of Bener Purworejo and Tembalang Semarang. This article’s publication was supported by Muhammadiyah University, Semarang, Indonesia.