How to cope with pregnancy of unknown location: construction ‎of a scoring system

Women presenting with vaginal bleeding or pain in the first trimester of pregnancy may have ectopic pregnancy (EP), abortion, or normal intrauterine pregnancy [1, 2]. The term pregnancy of unknown location (PUL) refers to women with positive HCG whom sonography does not show any gestational sac in the uterus or any extra uterine site [3]. The decision about PUL is often difficult because of serious medical complications or the moral consequences of misdiagnosis. Inaccurate interventions may cause termination of a normal pregnancy, while an untreated EP may lead to tubal rupture, shock, or even death [4].

PUL is not a final diagnosis. It is a transit state, and patient will be diagnosed finally with EP, abortion or normal intrauterine pregnancy. Since EP causes mortality, morbidity, and infertility, and its promoted diagnosis is a key to prevent fatal consequences [1].

Ectopic pregnancy usually causes pain in most and even all patients. When Tilt Test is positive, and the patient is in shock, there is no doubt in performing the surgical procedure [4]. However, in patients whose HCG test still does not meet the cut-off titer of 1000-2000 for detection of the pregnancy sac in the ultrasound [5, 6], there is an ambiguity in the diagnosis and treatment.

Variables considered in the medical literature to be associated with ectopic pregnancy have been the history of addiction, abortion, multiple partners, contraception methods, infertility, history of ectopic pregnancy, medical disease, history of surgery, pelvic infection, abnormal bleeding, pain, nausea and vomiting, age, history of pregnancy, vital signs, hemoglobin, leukocyte count, HCG titre, and sonographic findings [7]. The aim of the present study was to construct a scoring system based on clinical and paraclinical tests to guide clinicians for the management of PUL presenting with pain.

In  this cross-sectional study, clinical symptoms, sings, laboratory tests, and sonographic findings of women with positive HCG in first trimester and lower abdominal pain presenting to Imam Hossein Medical Center located in Tehran, Iran were recorded through a questionnaire. Women were categorized into two groups of Ep and Non-EP. Women whose medical record were incomplete, were excluded from this study. The data set of questionnaires included 64 questions and 92 variables. The data of cases in two groups of EP and Non-Ep were compared. Significant meaningful variables regarding EP outcome were entered for the construction of the logistic regression model and the scoring system.

Categorical data are represented as frequency and percent, and quantitative data are presented as mean and standard deviation or median and IQR. Independent sample t-test, Mann-Witheny test, and chi-square test were used to compare characteristics between the two groups. Statistically significant variables in univariate analysis with frequency more than 10 percent were included in the multiple logistic regressions using stepwise backward elimination, with EP as the dependent variable. The continuous independent variables were categorized based on Youden index cut off point for inclusion into the model. Coefficients of each significant variables in the final model were used to develop a risk score.  To construct the score of each significant variable, the coefficient of each variable was divided by the lowest β value in the model and rounded to the nearest integer. The final value of risk score predictive model was the sum of the risk scores mentioned above. Hosmer-Lemeshow goodness of fit test was used to evaluate how well the model was calibrated.The area under the receiver operation characteristic (ROC) curve was calculated to evaluate the accuracy of the prediction model.

Of 574 cases investigated, 52 were excluded from the study due to the deficiencies in data recording, and finally 522 cases were included in the study. 188 patients (36%) were in the EP group, and 334 (64%) were in the non-EP group. Among 92 studied variables, 36 variables were significantly correlated with EP diagnosis (Table 1). The results of backward stepwise logistic regression analysis identified 6 significant variables, including duration of pain before hospitalization less than 9 hours, gestational age less than 65 days, leukocyte over 8600 /ml, superficial, deep and generalized tenderness, abdominal or pelvic free fluid, intermittent, persistent, obscure, shifting, or radiating pain. The results of logistic regression has been represented in Table 2.

These variables as predictors of EP detection have been presented in the constructed model as below:

The Hosmer-Lemeshow goodness of fit test (p=0.847) showed that there was no statistically significant difference between the predicted and observed outcomes. The area under the ROC curve of the constructed model was 0.953 with 81.8% sensitivity, and 94.3% specificity for EP diagnosis. To apply this mathematical equation for clinicians, a clinical scoring system was proposed. To determine the risk of EP, each coefficient of the prediction model was divided by the smallest coefficient (leukocyte coefficient). It should be noted that each of the meaningful variables (Table3) scored 1 to 4. Then, each patient could receive total scores from 0 to 14 based on this scoring system. EP probability increased significantly with increasing score of EP (P <0.001 for trend). The area under the curve (AUC) for the EP Risk Scoring system had good diagnostic accuracy (AUC: 0.952, 95% CI) as shown in Fig 1. 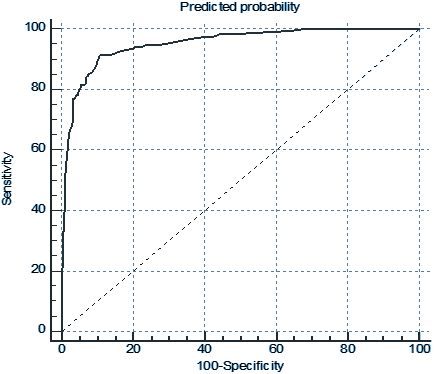 Figure 2. Probability of EP based on EP risk scoring system

EP is one of the leading causes of death in the first trimester of pregnancy, so its correct and timely diagnosis can prevent mortality and morbidity [4]. Scoring system constructed in the present study differentiated moderate and high risk cases for EP with probability of 63% and 95%; respectively. Clinicians might decide to operate in high probability or observe in low probability cases.

In a systematic review by Bobdiwala et al. [5] for the diagnostic protocol for managing PUL, the M4 model was the best model to predict the EP's final outcome. This logistic regression model was based on the initial HCG and HCG Ratio (HCG 48 hours/ HCG 0 hours) for prediction of EP. In this study, HCG levels did not significantly correlate with EP probability, probably due to below 2000 HCG titer in all cases and nearly more complicated clinical condition that presented with pain resulting in surgery.

In a study by Camille Mimoun et al. [9], five items had a significant association with EP, duration of bleeding more than 24 hours (score = 25), cough sign (score = 15), one-sided pelvic pain (score = 15), brown discharge (score = 15), and no frequent need to change sanitary towels (score = 30).These five variables were scored, and the patients were divided into low-risk and high-risk group with score of <25 and > 70; respectively.

In a study by Banhart et al. [10], clinical data from women with PUL were analysed and an EP risk-score was determined. Some characteristics including age, race, parity, history of elective abortions, and history of miscarriage had a meaningful relationship with EP.

In the present study, based on the pain duration, gestational age, leukocytosis, abdominal tenderness, free fluid in sonography, and quality of pain, patients’ probability of EP diagnosis was revealed. In high-risk group (95% probability), laparoscopic intervention, and in the moderate-risk group (63 % probability), close observation might be considered. Pain and abdominal tenderness if present, accepted 6 scores at least moderate risk with 63% probability, which is consistent with Camille Mimoun et al. study [9].

Results of the present study just can be conducted in PUL with pain cases. Validation of the present scoring system in separate population of patients with PUL -with or without pain- has been suggested.

In this study, patients with PUL suffering from abdominal pain were examined, and painless PULs were excluded. As expected, the reason for this was the referral of more patients with abdominal pain to the emergency department. It is recommended that a study be conducted in the future on the examination of all PUL cases (with or without abdominal pain).

In conclusion, in patients with abdominal pain and positive HCG test, whose ultrasound was equivocal and HCG titer did not reach the discriminative zone, the scoring system of the present study can find high-risk patients with 95% probability of EP, candidate of intervention with laparoscopy and/or methotrexate therapy.